Codes of Ofu Airport in Ofu Village, American Samoa (AS) 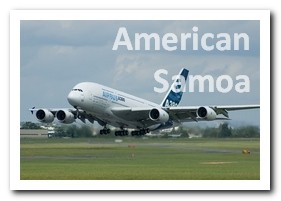