IATA and ICAO codes of Airport of Camp Okavongo 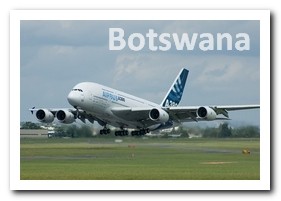