Cayman Islands is a beautiful part of the North America, where merged together history and modernity, culture and science. There are many important and interesting cities in Cayman Islands. The most important, modern and largest cities of Cayman Islands with airports are:

View all cities of Cayman Islands.


IATA and ICAO codes of airports in Cayman Islands

Many airports of Cayman Islands have international codes of IATA and ICAO. An IATA airport code is a three-letter code designating many airports around the world (including Cayman Islands), defined by the International Air Transport Association (IATA). The characters prominently displayed on baggage tags attached at airport check-in desks are an example of a way these codes are used. 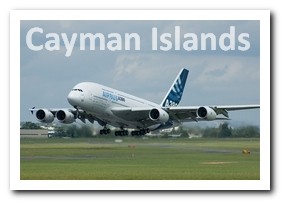